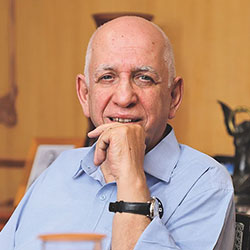 The legacy of Cooper rests on the able shoulders of Farrokh N Cooper – a third generation entrepreneur born in 1945. His father, Nariman D. Cooper, was the only son of his grandfather Sir. Dhanjishah B. Cooper, who was an entrepreneur and a prominent figure in politics, engineering, agriculture, education and social welfare.

Farrokh went to England in 1954 and attended prestigious schools. On returning, he obtained his agriculture degree from Pune University – 30 years after his father had passed out from the same place.

But a tragedy befell him in his young days. His elder brother met with a motorcycle accident and this misfortune made him enter the engineering business in a small way with 20 workers. Today, Cooper employs more than 2000 people. Cooper is known for its silent and fuel-efficient engines, world-class generators and highly reliable engine components.

Cooper is a success story in the export business and the company has exported goods worth over 230 million USDs. The workers at Cooper are a competent and loyal lot – in some cases, three generations of the same family have worked at Cooper, and there are more than 200 people who have worked here for more than 25 years.

Mr. Farrokh Cooper is a people’s man known for his humility and transparency. He is an outdoors person who loves walking, western classical music, photography, reading biographies, meeting people, and traveling within the country and outside.

Farrokh has a knack of picking up closed units and turning them around. His latest project is to restart a closed brewery in his local town, Satara. He is also a philanthropist and donates generously for social causes, and a man of simple tastes except when it comes to cognac!

He is now part of the leadership team involved in developing and growing the Engine and Genset business. 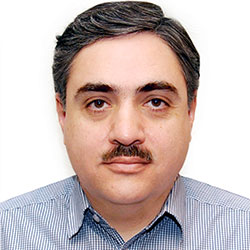 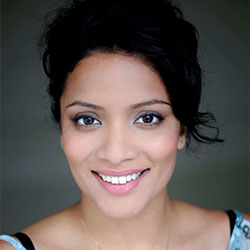 Manisha Cooper is the daughter of Farrokh N Cooper CMD of Cooper Corporation Pvt. Ltd who has been living and breathing Cooper Corporation Pvt. Ltd since a very young age. Even as a child, she accompanied her father to all the Cooper factories and offices. While these field trips went on, education was always regarded as a backbone and given highest importance. She completed her schooling from Satara and went on to completing her International Baccalaureate in Pune. She went for summer school to London School of Arts where only 3 students were selected from India and she was one of them. She has always had an artistic interest. At a young age she liked listening to people and in different languages because of the exposure she got due to the foreign clients which visited the factory. So, she went off to Spain to stay with a family to learn the language and culture. Seeing her confidence and independent nature Mr. Farrokh N Cooper decided to send her to the UK for further education where she completed her BA in Business Studies from University of Stirling, Scotland (UK) followed by a Post Graduate Diploma in Family Business from Symbiosis International University, Pune.

She joined the business on 1st January 2014 and took on the reigns to make the company, its products and the people who made it happen visible by taking on marketing and corporate communications. She started traveling around India promoting the Component, Genset and engine business which landed her biggest offer with caterpillar. Any exhibition she made sure that the company got the most visible stall at exhibitions like Make in India, Marine Expo (Mumbai) and International exhibitions in Germany, Dubai, United Kingdom, etc. She has bagged the company many numerous awards including getting her father a lifetime award too.

She parallelly completed a diploma in labour law and got interested in law. She applied to Symbiosis Law School, Pune where she got admitted in the 1st merit list and is currently perusing an LLB degree. As if there weren’t enough feathers on her hat, she has a social and humanitarian side to her which is a quality she has picked up from both of her parents. She works towards animal rescue and contributes to sterilization camps. She is passionate about women’s empowerment and gender equality and works towards them in Satara.