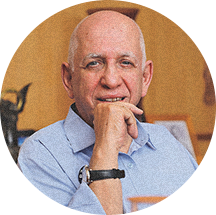 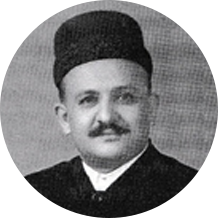 Mr. Farrokh Nariman Cooper is the grandson of Sir Dhanjisha Bomanji Cooper who in pre-independence period strived hard for cause of social and industrial development of rural Western Maharashtra. Sir. D.B. Cooper started first iron plough manufacturing in the Year 1922 at Satara. He was the President of Satara Municipality during 1923 to 1932 and during the same period he made primary education compulsory in Satara Municipal area. During this period, he was also a member of the Provincial Legislative Council and Governor’s Executive Council. In 1937 he got elected to Bombay Legislative Council and became Prime Minister of erstwhile Bombay Presidency consisting of parts of Sindh, Gujarat, and Western Maharashtra including Konkan and parts of Karnataka. During his tenure Congress had brought no confidence motion against Sir Dhanjisha and sought the support of Dr Babasaheb Ambedkar, who refused the same and voted in support of Sir Dhanjisha government.

The multi-faceted Sir D.B. Cooper actively upheld the cause of untouchables and provided active support to Karmaveer Bhaurao Patil for spread of education in pre-independence rural Maharashtra. During this period, for the upliftment of the socially and educationally disadvantaged, he provided all possible support to towering personalities like Karmaveer Bhaurao Patil, Dr Babasaheb Ambedkar and Prabodhankar Thackeray. During 1923, Prabhodhankar Thackeray shifted from Bombay to Satara Road where Sir Dhanjisha Cooper had started an iron plough factory.

In 1934, the first diesel engine was manufactured, laying foundation of the automobile era and thus Sir D.B. Cooper became a pioneer of diesel engine manufacturing in India. He was a recipient of Knights of Garter - the oldest British order of Chivalry. In 1923, he took the lead to reduce the severe conditions of imprisonment imposed on Veer Savarkar during his imprisonment at Ratnagiri by the then British Government. Considering his contribution during the years 1920 to 1947, he emerged as an Idol Parsi, who walked few steps ahead of his time. He was a visionary, reformer and philanthropist in industry, education and agriculture. In the biographies of Seth Walchand Hirachand, Prabhodhankar Thackeray, Dr Babasaheb Ambedkar and Yashwantrao Chavan, there are references to Sir Dhanjisha Cooper.

Beginning of an era

On the eve of the Ganesh Chaturthi, in 1922, Satara Industrial Work started its functioning on Satara Road and started manufacturing of agriculture ploughs, sugarcane crushers and other equipment. The name of the company was changed to Cooper Engineering works in 1928. Sir Dhanjisha foresaw the need of experts to start the business, and appointed foreigners as employees like A Gardner for machine shop, Drowning, W H Moore and William H Moore for foundry, Hamprey Rey for diesel engines and Fether and A J Lund as managers. Sir Dhanjisha had a knack of knowing people and their potential. Vasudev Band and Dattaray Bhagwat were the early employees of the company who worked hard to make the business a great success.

The Bhosale Scions and Cooper

Shrimant Chhatrapati Shivaji Maharaj, the founder of “Hindavi Swaraj“ is the deity figure of all Maharashtrians and Indians...

Sir Dhanjisha and Walchand Hirachand worked together for making passenger cars and diesel engines. They both are regarded as the...

Karmaveer Bhaurao Patil was associated with Sir Dhanjisha in starting the foundry in 1922, after he left Kirloskar due to differences...

Irrespective of his social and political leanings, Sir Dhanajisha Cooper had good relations with prominent personalities of those times...

The Architect of the Cooper Corporation

After the sudden demise of Nariman Cooper in 1944 and Sir Dhanjisha in 1947, the Cooper family remained dormant for over a decade...

Foundry begins manufacture of its first Indian-made all iron plough

Undertook project of 2 Cyl Engine & Genset. The R&D centre received recognition from the Department of Science & Technology, Govt. of India

Shifted to a new corporate office Contract for Design – an extension of our most modern engine family with Ricardo, from 3.5kva to 1000 kva